Dates from Victoria to Yellowknife and a record announcement

We're really pleased to be telling you that we're putting out a live record.  Called The Highest Order: Live! at the Silver Dollar, it condenses highlights from our last show at the now closed Silver Dollar in Toronto.  Here's a track and some footage in the likely instance you were not there.  As you can see, the record features members of the Honourary Members Club, Alia O'Brien on flute, Stew Crookes on pedal steel, Marta Cikojevic on the organ, Jay Anderson on percussion, and some other guests.


and here are some tour dates for July.  See you in the pit we do hope. 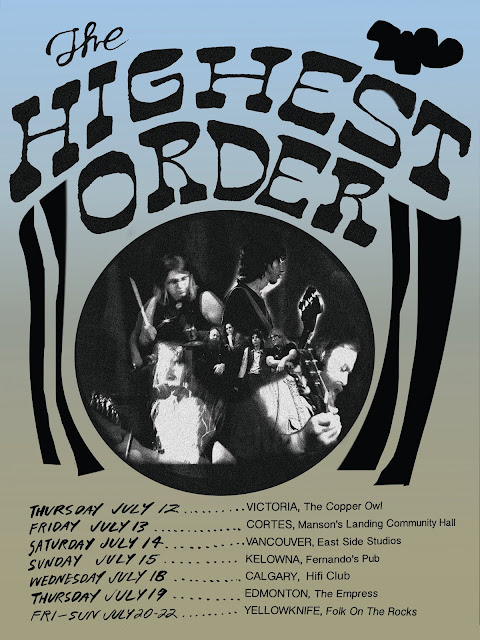