The Highest Order is Paul Mortimer, Kyle Porter, Simone Schmidt and Simone TB.Three years after the release of the their critically acclaimed and well travelled debut album If It's Real, the band returned with Still Holding on June 10, 2016 on Idée Fixe Records, premiering the record on community radio across the country, rather than throwing more sludge into the endless stream. Highlighting the band’s growing mastery of the recording studio, smashed tape collages, phase shifted psychedelic guitar duels, and varisped everything surround Still Holding's mastery of song.


It's the songs that stay with you, fully realized as though they have always existed, vessels for Schmidt’s words. Deep truths. Athletic metaphors. The Highest Order are Still Holding and they've saved some for you. 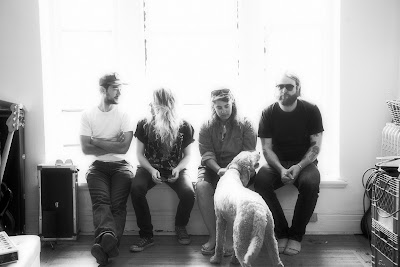